A closer look into KBEV 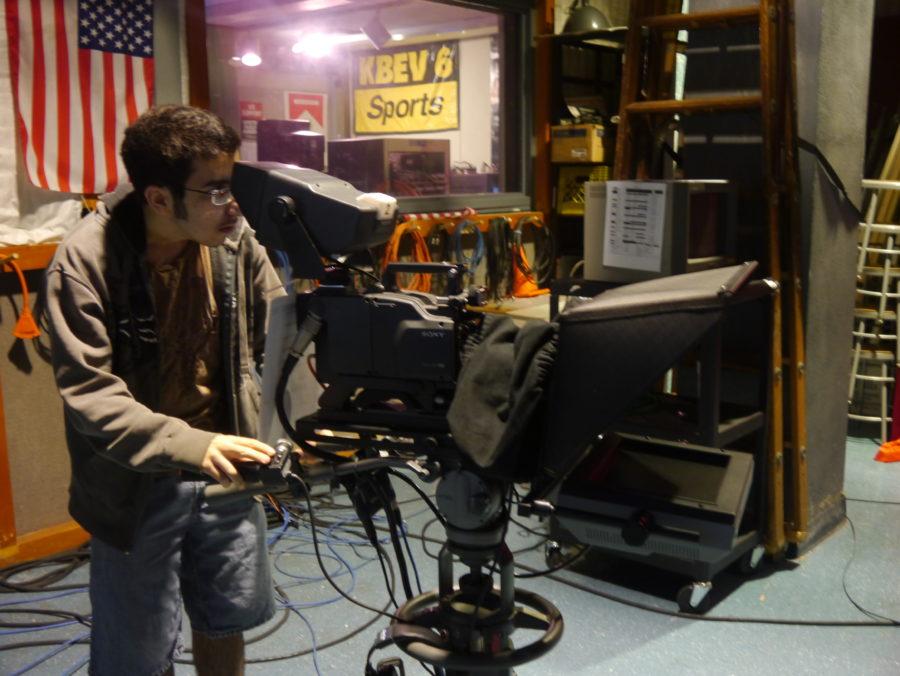 Parmis Sahrapima, Web Co-Editor-in-Chief
Students enrolled in KBEV, an ROP film and production class, visited Columbia College in Hollywood, Calif. on Jan. 27. This allowed members of KBEV to explore future options for post-high school colleges, classes and programs.
“Taking an ROP class can help students who are unsure of their career interests and those who already know what Career Industry Sector they want to work in. The Film & TV Production students’ recent field trip was an opportunity to get a first hand look at one of their post-secondary options. For the Media, Arts & Entertainment students Columbia College Holly
wood could be a good fit if they want to continue on their career pathway of study,” ROP Counselor Megen Anspach said.
“The purpose of the trip was to expose us to a college that is excellent in its field of education. It was also to explore the different types of vocations in film and TV production. We explored the different types of classes the college provided, and had hands-on experience with what the classes provided. For example, there was a cinematography class and we were able to use the camera trolley and play around with the lighting,” Informational Technician Jason Park said.
Even though KBEV is an ROP class, to its members, it is an enticing program full of opportunities for improvement in areas that focus around filming, and as well as areas that concern individual development.
“While KBEV is all about learning to run a TV station and learning to produce your own shows, there is much more to it. Students in KBEV learn to work in a team, learn to get over sta
ge fright and be on camera, and learn how to take all of our work (whether it be films or art or written pieces) and post it online to give us a presence on the Internet,” Technical and Assistant Director Natalie Gordon said.
Students who have their own shows are constantly inviting new guests to partake in them. On Feb. 15, Gordon invited composer and songwriter Richard Sherman onto her show, How Hollywood Works. Sherman is famous for composing songs for Walt Disney Company, including the music for Marry Poppins and “It’s a Small World.” KBEV member Ryan Shoushani also featured David Siegle Consul General of Israel on his show, Shoush 2 Nite on Feb. 16.
According to KBEV Director and Instructor Mr. Romeo Carey, KBEV has a huge reputation not only as a class, but as an academy. There are numerous shows airing on KBEV, and Parham Talks Girls is one of them.

The show “is an example of taking the complete unknown in this class and turning it into a local celebrity, but it takes the whole village to make it happen. That means that everyone has to help out, and the show has to be repeated until you stylize and concrete your ideas in a way that gets repeated every week,” Carey said.
“We just want to work as hard as we can to provide Beverly Hills with entertainment and to learn,” Park said.
KBEV as a whole, continues to express its motivation towards future events and opportunities, as well as reaching common goals, both individually and as as a team. As an ROP class, KBEV students strive to expose themselves to real-life opportunities to apply the things that they learn in their classroom to life outside of school, and visiting a college was just one part of that.