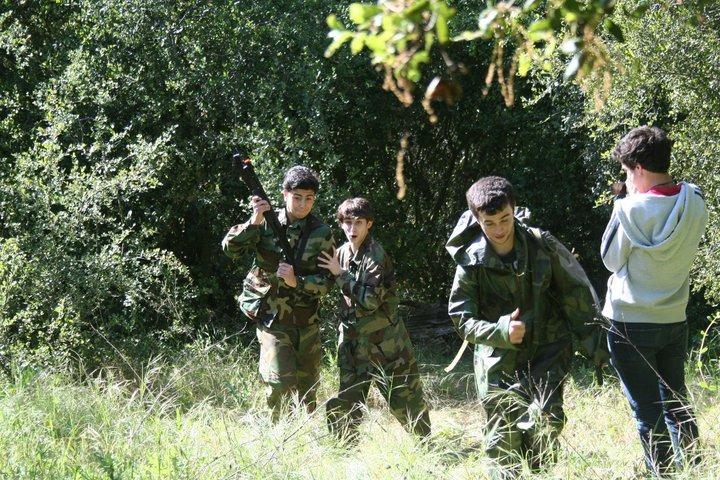 Robert Katz, Staff Writer
The Los Angeles Jewish Film Festival recently accepted junior Daniel Dalah’s short film, One More Brother, to be showcased during their 2012 festival. The film was one of five student films to be selected and will be screened on May 6 at the Laemmle’s Town Center. Dalah will also take part in a young filmmakers discussion panel for a Q&A (question and answer) session and reception following.
Highlights interviewed Dalah regarding his new-found career in films, One More Brother, and his upcoming projects.
Highlights: What prompted you to get into film making?
Dalah: Well, around the start of freshman year or during eighth, I really got interested in film. At Beverly, I joined KBEV and I took a screen-writing class over the summer before freshman year and it just all got me interested in it. I just love film and everything to do with it.
H: How did you get started with film making and producing?
D: Before that movie [One More Brother], I made another short…I just love filming and whenever I can film, I love to. Also, I want to get into film school and it’s important to have a portfolio, so I’m trying to fill that up. Drawing from life experience helps a lot, especially when you get into themes and stories and stuff.
H: On that subject, what are some of the inspirations for One More Brother? What’s it based on, what are some of the impacts on your life that have influenced it?
D: Well, my father’s Israeli and everyone in Israel serves in the army and it’s very powerful; there’s always war. Recently, because I have Israeli citizenship, they sent me a draft letter, but I live here so I’m not going to go. I haven’t been directly influenced, but seeing that whole scenario definitely had an effect.
H: Generally, what’s the film about?
D: The general theme of the film is about the necessary disasters that war brings. You have to go to war, and sometimes there are consequences for that.
H: Is there anything more you’d like to say about the film?
D: Well, I was inspired for that film by a Hebrew song, “Od Ach Ehad,” which means “one more brother” in Hebrew.
H: Yeah, what’s the story with the name?
D: I just heard the song and really liked it and one day I went to a relative’s house for dinner and I had this song’s lyrics playing back to me in my head and slowly the story came into play and grew fully out. The lyrics really inspired me. The song itself is about war; what it does to people and how it hurts families.
H: What does the title, “One More Brother,” mean? What does it imply?
D: Like, one more brother went down the grave. One more brother is dead.
H: Why did you decide to submit this film to this festival?
D: For that very reason. It’s the Jewish Film Festival and I wanna spread that message of peace. The peace is important, because there are a lot of people dying out there in the war. This is my most serious film. My others are kind of comedic, but this one is just drama. It’s not very funny.

H: What are your feelings about being accepted into the festival?
D: I’m really excited…Surprised…But yeah. Excited. It feels good.
H: I noticed that a lot of–maybe even all of–the cast was from the high school. What’s the connection between Moreno Drive Productions and the high school?
D: Beverly has really influenced me and taught me a lot about film making and just life experiences. So, Moreno Drive is the street that the high school is on, so the name’s a little bit of a tribute to the high school. I’ve really learned a lot here, just in general. There’s a lot of connections here, of people who act, screen writers. So for the future, it’s great to have.
H: Will Beverly be a part of Moreno Drive Productions for future projects?
D: Well, for KBEV I’m writing a new show, recently, and I’ve been holding auditions for the past two days and it’s called Turmoil’s Memoir. I’m looking for actors and actresses at Beverly.
H: Turmoil’s Memoir? What’s that like?
D: It’s a show about four high school students and they all have their own problems and stuff.
H: Is that going to be a comedy?
D: Yeah, it’s a comedy.
H: Regarding film-making as a career and perhaps capitalizing on your success, what are you going to be doing going forward?
D: Well, I plan to go into film school for college and that would be really great. Hopefully, I wanna find a pathway into the industry. It’s hard sometimes to find the connections and get in. I have a lot of ideas and themes that I’d like to share and it’d be an honor to share them with the audience.
H: As a member of the high school and holding onto Moreno Drive Productions, what’s going to happen in the near future?
D: Well, one day I’d maybe like to turn it into a real production company. That’d be awesome.
[youtube http://www.youtube.com/watch?v=zTAtU2c2Aww?rel=0]
Moreno Drive Productions’ other videos can be viewed on their YouTube page