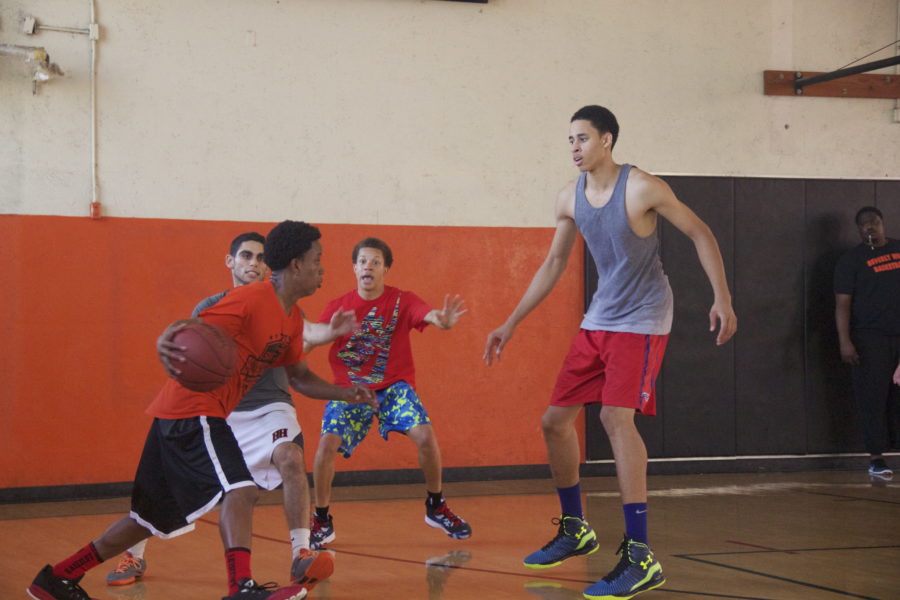 Lucas Harward, staff writer
The boys varsity basketball team is preparing to begin its highly anticipated regular season. After a preseason filled with weekend tournaments and weekday training, the team is confident in its ability to not just win league, but find success in the CIF tournament and reach the State tournament.
The team is maintaining a strong focus on their performance on the defensive side of the ball as well as their conditioning and team chemistry. With no shortage of talent, the squad hopes to create a balanced offensive attack and a smothering defensive strategy by communicating with each other and trusting their teammates on the floor.
The most recent memory of last season is a heartbreaking first round loss to underdog Yorba Linda. This year’s team has forgotten about that loss and plans to keep its eyes forward throughout the season.
And the Norman Nation must do their part to create the same atmosphere that last season made opposing teams throughout the Southern Section fear playing in the Swim Gym. That crowd energy combined with a dangerous varsity squad makes this season one to be excited for.
Boys basketball’s first home game is on Dec. 8 against Hamilton High School.
Check out “BevBall” in our video preview.