The rise of the ‘Finsta’ 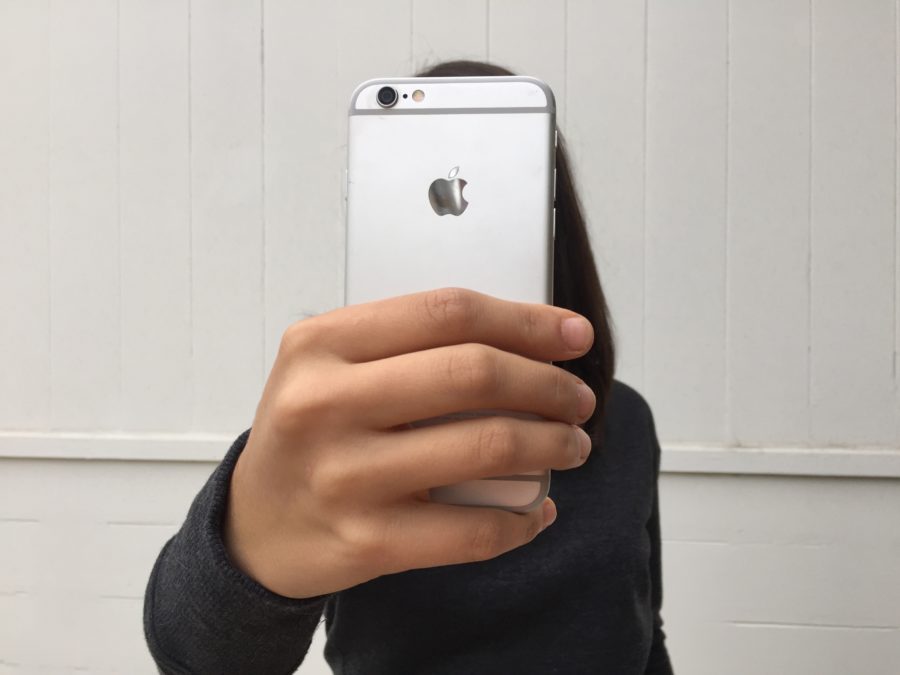 Sadie Hersh co-editor-in-chief
Recently, there has been a growing trend of “Finstagram” accounts which are created by teens in order to post whatever the user desires, under an alias. These “Finsta” accounts are tools of disassociation for many teenagers, consisting of posts that would not generally be deemed “appropriate,” ranging from images or videos capturing the account owner or others. The account is set to private to limit the number of people who can access the images on the specific profile.
One might ask, “What is the point of having a ‘Finsta’?”
For some Beverly students, these accounts are used to hide certain aspects of their lives from others. A senior, who asked to remain anonymous, explains that “Instagram recently has become more popular than Facebook, so parents and colleges are beginning to look at our Instagram accounts. Private accounts can give an opportunity to post without having to feel judged or looked down upon.”
It is true that colleges do look at social media accounts, as shown in a study conducted by former Chicago Tribune employee Christine Koenig. Koening surveyed the admissions departments of 144 colleges and universities within 150 miles of Chicago, including all Big Ten universities. She received replies from 43 of the schools, and 86 percent admitted to checking an applicant’s social media profiles.
While a “Finsta” user may think that they’re successfully dodging judgment from college admissions officers (which may or may not be true, in that there are ways to associate these accounts with their owners), they may not be able to dodge the judgment of their followers. Though the account owner has the ability to accept or decline follow requests, those who they do allow to follow them may be just as judgmental as an admissions officer, or even harsher.
What’s the point of posting a photo while heavily intoxicated, having an incoherent conversation with your Uber driver? Where’s the origin of that burning desire to post a before-after picture of your weed canisters? Are they simply trying to create an image of themselves to fit into the ‘cool’ persona of being a partier?
Well, yeah. But you already knew that.
It’s pretty clear that these users are trying to be funny in their posts. I mean, what’s funnier than videoing your drunk friend passed out next to a toilet? (A lot of things).
What does not resonate with the person who would post this type of video is that some of his/her posts might actually have effects that do cause consequences in reality. For instance, it isn’t uncommon for these “Finstagram” accounts to be forums for cyberbullying. Sure, the user might sometimes be “friends” with the subject of the post (though I refuse to believe that these are the marks of true friendship), and sure, the “friend” of the user might not care if the post is published, but a follower of the account might see the post and not only judge the subject of the post, but also share their judgment with others who might have been declined from following the “Finsta.”
When a user posts a photo or video of them taking shots at a house party on their Snapchat Story, this image is only able to be viewed for 24 hours. (It’s true that Snapchat Stories are often “screenshotted,” but on that platform the person who posted that image has the ability to see who has taken the screenshot.) But, when they post that photo or video on their “Finsta,” it lives on their profile forever. Even if the user deletes this post, it might have been captured by a follower, and the account owner would never know.
It somewhat makes sense that these “Finsta” owners want to have something that’s private, because in this day and age of expanding social media, nothing is private. However, when I say “nothing is private,” I mean that. Nothing, is private. Not even “Finstagram” accounts. We are constantly warned that once content is sent out on the internet, whether it be a tweet, a Facebook post or an Instagram photo, it is a part of your “digital footprint” forever and cannot be taken back (even if it is deleted) because it lives on in cyberspace.
While not all of these fake accounts portray drunk or high teens, or if they do, only friends of the account owner are following the profile, why is there a need to post this on such a large social media platform? Okay, so the account is not set under the user’s name, but that does not mean it is not traceable through the expanding world of technology. Why can’t teens simply make group chats to share these images, why make a separate account for them? Why is there a need to be private on these very public platforms when there are such simpler ways to share a funny photo with your friends from that party last Saturday night?
Furthermore, what do you need to prove to people about your partying habits? It is not creating a cool image because, honestly, most people don’t care to see these videos.
While “Finsta” holders are trying to avoid the ridicule from admission officers, who are looking to maintain a positive reputation, these account owners seem to worry less about the others who have access to their profile and the possibility of these followers sharing their images with other (unwanted or declined) groups. People must think about who the have allowed to see their profile before clicking “post.”