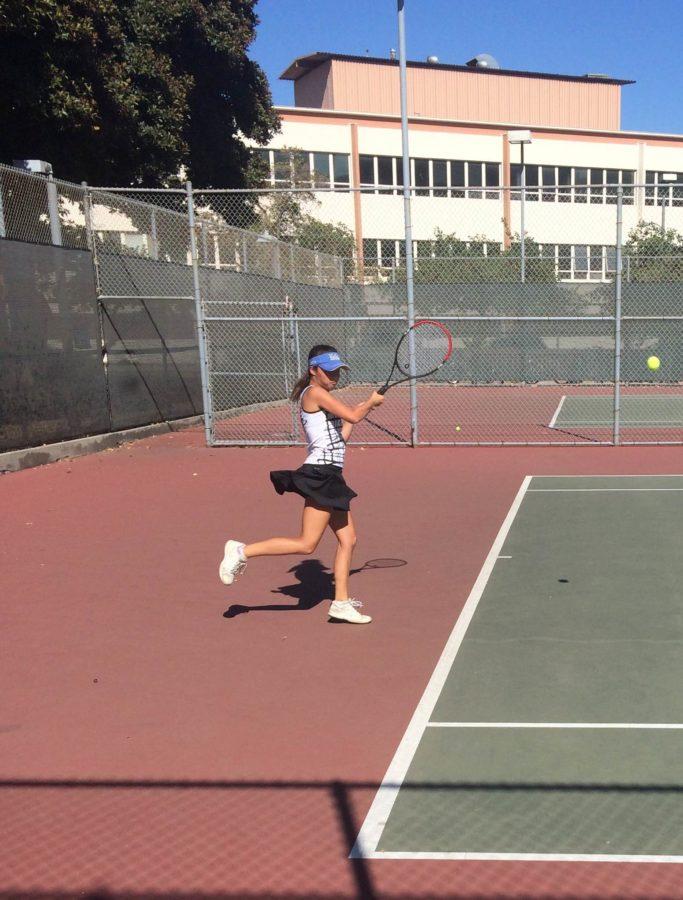 Hannah Kimmura counters a serve from her Culver opponent.

AJ Wolken staff writer
The varsity girls tennis team downed the Culver City Centaurs by a score of 16-4 on Tuesday, Oct. 11. This win marks their first league victory, bringing Beverly’s league record to 1-1 on the season
Junior Leticia Valle was confident in the team coming out with a win against an opponent with a losing record.
“[We] felt pretty confident going into the game because [we] knew Culver City wasn’t a tough opponent,” Valle said.
According to Valle, Hannah Kimmura was a key player in the team’s singles victories, winning multiple games on her own.
“Hannah, our number one singles did really well as usual. She was playing aggressively and consistently, and easily beat Culver’s players,” Valle said. “Our number one doubles did especially well. They were communicating and working together to win the point and those tactics helped them win their three matches.”
Although winning by a large margin, Valle still thinks the team should be playing with more effort and aggression in games to come.
“Against our next opponent, El Segundo, [we] will definitely be more aggressive and play less defensively,” Valle said.
The varsity girls tennis team’s next match is an away match against El Segundo today at 2:30.