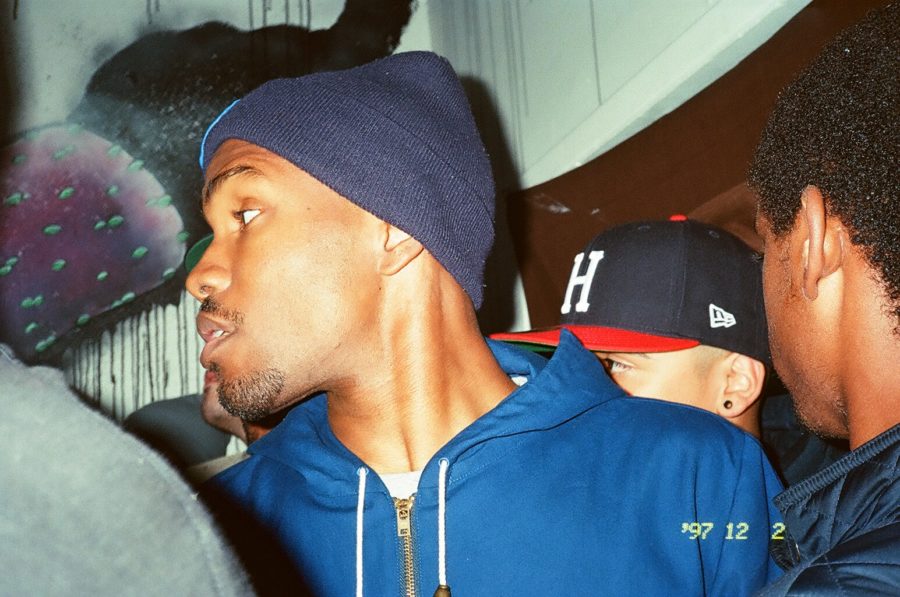 Sam Bernstein staff writer
Christmas came early this year for Frank Ocean fans. The 29-year-old vocalist based out of New Orleans has been featured on four new singles in the last month. His beautiful voice and impeccable writing skill has been missed, even though it was recently on display in his new album, Blonde.
It started with “Slide”, a highly-anticipated collaboration with Calvin Harris and Migos that came out on Feb. 21. Two-and-a-half weeks later, on March 10, Ocean dropped his own single “Chanel” before dropping “Biking”, with Jay-Z and Tyler, the Creator. Lastly, Ocean released “Lens”, a single with an accompanying Travis Scott remix on Saturday on his BLONDEd Apple Music station. All of these singles are glimpses into Ocean’s bright future as an artist, as he shows off a very promising arsenal of new sounds and styles going into his third studio album.
The styles of the four different songs are nearly polar opposites of each other. “Slide” is a pop ballad with upbeat lyrics and sounds that create a fun, party vibe. “Slide” discusses the privileges of money and all the different things that come with it.
“Chanel” is darker, comparing the two C’s in the Chanel logo to his bisexuality, which he discusses at length through his music. This is made clear when he sings ‘my guy pretty like a girl/…I see both sides like Chanel’. Ocean name drops former NBA player and fellow open bisexual Dennis Rodman in “Chanel”. Rodman, like Ocean, is very outspoken about his bisexuality and is known to have feminine influence in his fashion and daily style, creating a parallel between the two that is very well referenced in the song.
“Biking” highlights the talents of Jay-Z and Tyler, the Creator beautifully. Jay-Z’s verse to start the song raises the bar for the rest of the song, which is undoubtedly a lyrical masterpiece by Ocean. Jay-Z’s dark and mysterious style fits perfectly with the also mysterious style of Ocean. The song is a giant metaphor about bicycles. As said by the music analyzer Genius, “The track works in the ‘cyclic form’ of musical construction, with each of the featured artists drawing on each other’s verses to create unity within the track”. Jay-Z directly references cycling by name dropping famous cyclist Nigel Sylvester, and Tyler, the Creator references cycling by discussing Slater, which Tyler, the Creator has previously said is his favorite bike, “Slater” is also a song released by Tyler, the Creator from his 2013 record, Wolf. While the other two artists on “Biking” reference cycling directly, Ocean indirectly references cycling, as Ocean interprets bicycling as an activity that revolves with little change, which is comparable to life as both are constantly revolving with, hypothetically, little change. Ocean also talks about biking uphill, which is straining but it always gets the cycler to the top, which he uses to metaphorically discuss his hard path to the top of the music game.
In “Lens”, Ocean talks about a relationship that ended regrettably for him. Ocean claims that he thinks of this person constantly, and misses them terribly. This song is a reference to a relationship that got away, or a “person that you could’ve and should’ve ended up with but didn’t, usually because of a series of poor choices on your end,” according to Urban Dictionary.
Ocean tinkers with several different styles in the three singles ranging from R&B to indie pop. He didn’t range too far from what he’s already done in his career as a soloist; however he did experiment with the production of these new songs. Ocean is an underrated percussionist, and his skill with drums and hand percussion production are highlighted in the newest single “Biking”. His skill with other instruments is shown in “Lens”, as he plays an incredible piano riff at the beginning of the song.
The production value of these singles is just too good. Given that “Slide” was produced by Harris, who is a world-famous and critically acclaimed producer, that was the most well-produced song, (watch this video on how Harris made “Slide” here). However, that does not take away from the incredible job done by Ocean on “Lens”. The layering he does on his own voice highlights different aspects and pitches of his voice, which is hands-down one of the best in the industry.
These four singles, in every aspect, were outstanding. Ocean has incredible promise as a musician, and it’s great to see him progress.