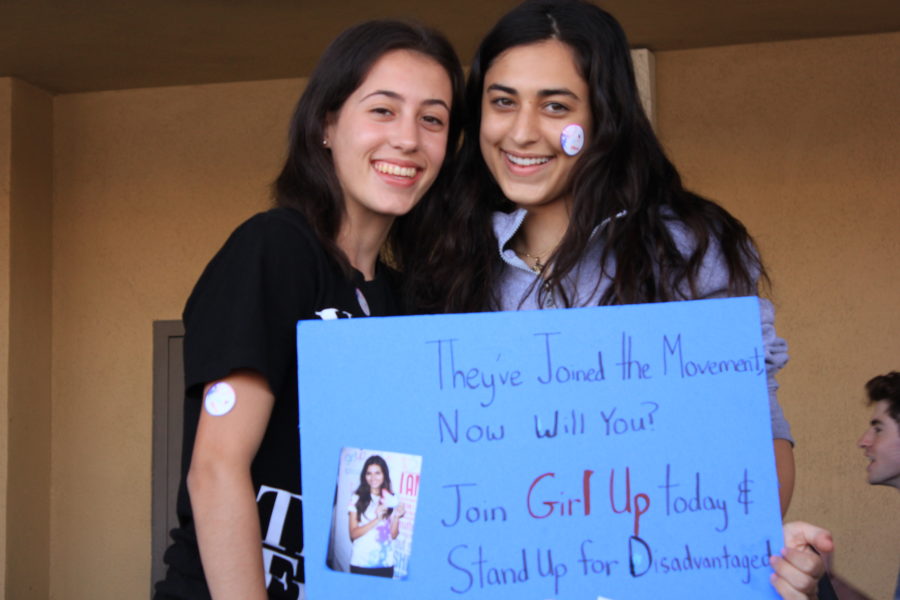 Jude Binkley staff writer
Clubs debuted on club day that were unfamiliar to students, and they struggle to gain more students and participation when they have not yet been ingrained into the Beverly culture.
One of the new clubs is Girl Up, a club that started last year that would like to grow their outreach to more members. Girl Up is an organization started by the United Nations that currently has half a million members.
“Girl Up is a campaign of the United Nations Foundation where we raise money and advocate for girls in third world countries,” Cate Liner, the president of Girl Up, said. “During the year we do certain fundraisers, we call representatives and try to get them to vote for legislation that promotes helpings girls in these countries.”
Last year Girl Up struggled with its attendance. Girl Up has designated members to recruit students, and they have been focusing on getting more freshmen to join. These recruiting tactics were able to get Girl Up 30 sign ups on Club Day, triple the amount of members they had last year.
“We’re still struggling to get new members. Last year we only had about 10 members, so now we’re trying to double it and make [our club] more legitimate. It was hard last year as a new club,” Liner said.
Girl Up wants to make sure all of its new members are included in the campaigns and activities throughout the school year, such as reaching out to help girls who live in third world countries.
“Making people more aware of what we do and giving people responsibility makes them feel more like a part of the club,” Liner said.
Another club that is looking for members is the Asian American Association. This club hopes to bring more Asian culture to the school. Through their campaigning on Club Day, the Asian American Association was able to obtain 60 sign-ups.
“What we do as a club is we strive to share the Asian culture with everyone,” Michael Huang, president of the Asian American Association, said. “We like to eat different Asian foods and share cultural activities with each other.”
The cultural activities include origami, eating foods from the Asian continent, and learning about the history of Asia. They want to reach out to students through events, such as having a party for the Lunar (Chinese) New Year.
Due to lack of participation last year, Radio Airlift disappeared. Current club members have been working together to bring back the club.
Radio Airlift plans on taking a different approach in order to get students involved, as well as creating more shows and hosting more live music. Airlift believes that by increasing its social media presence, as well as decorating the school with posters advertising the club, will bring back participation.
“Radio Airlift is going the in your eyes, in your face approach,” Tohar Zamir, president of Radio Airlift, said. “We’re opening up our social media, we’re hanging up more posters, talking about it all the time. We are going to start hosting more events. Mainly, Battle of the Bands is coming back.”
Airlift plans to make sure all members have the capabilities to share their music with the rest of the school. They also believe that by encouraging students to create shows, they can gain listeners by word of mouth and grow their number of members.
“I want to see every member,” Zamir said. “it doesn’t matter how many, to have a show, to have a purpose, and enjoy what they are doing.”