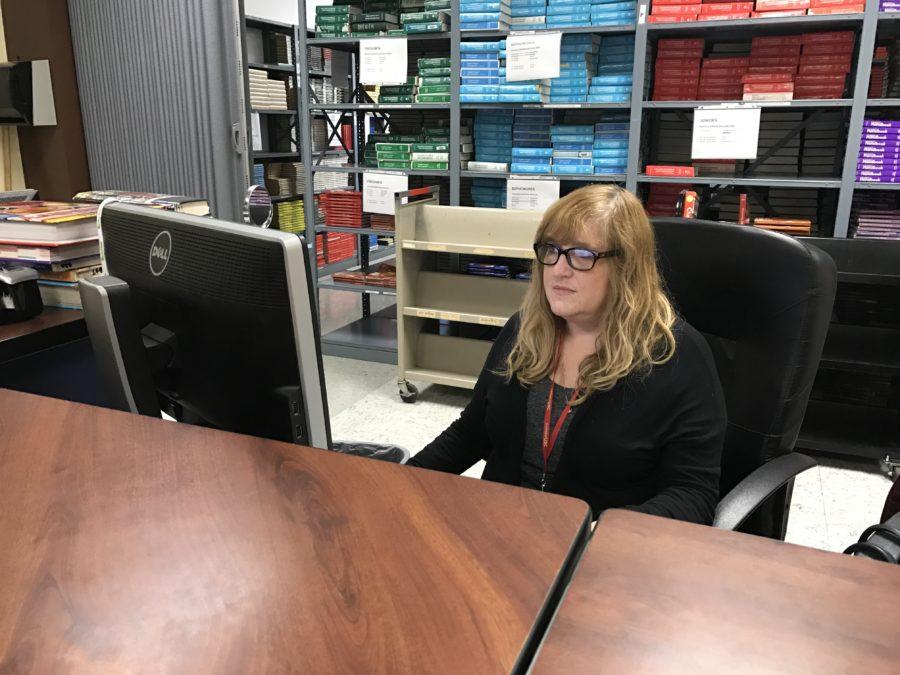 Lauren Hannani culture editor
When she left her native country, Argentina, to permanently live in the U.S., textbook technician Marcela Chopchik knew she was leaving more than just her home; she was also leaving her teaching profession, as she had taught Spanish there since earning a degree 10 years before.   Now, almost 20 years later, Chopchik is about to enter the classroom again, but this time with a teaching credential and Master’s degree earned in America.
With the goal of teaching Spanish to middle and high schoolers, Chopchik set out to earn her Bachelor’s and Master’s degrees with a teaching credential last year. Although she had been told it would take at least a few years to earn only her Bachelor’s, Chopchik found a way to graduate with the degree two years earlier than expected.
“When I started last year, the counselor told me, ‘You’re going to end your Bachelor’s in 2020.’ And that would be true if I was a full-time student taking four classes each semester,” she said. “But I’ve been taking six, seven, eight classes a semester. That’s why I’m graduating two years earlier.”
However, the decision to go back to school was not an easy one for Chopchik. She knew she would have the time since her kids have all gone off to college, but she also knew that she would have to go to school all over again and retake many of the classes she took in Argentina–specifically 85 out of the 124 credits needed to graduate with a Bachelor’s degree.
“I was really scared when I started…Making the decision to go back to school took time. I tried going back a few different times, but it would just never be the right time,” she said. “I said, ‘Should I do it, I don’t know.’ So I asked my daughters, and when they said yes, I started.”
Last year, Chopchik enrolled in the weekend program at Mount St. Mary’s University and began taking classes at different community colleges, such as Santa Monica College and Los Angeles Valley College, to meet all of her credits for a Bachelor’s degree. After earning that degree this May, Chopchik will start earning her Master’s and teacher’s credential through the same program. Although she is busy working two jobs every day, Chopchik is still motivated to become a teacher as soon as she can.
“It’s hard because I have two jobs, so I have to stay up and work. My daughters tell me, ‘Mom, you’re still doing homework?’ but when they were in college, they were only doing [work, not jobs]. It’s different when you work and you need to finish your homework at 11 or 12 at night,” Chopchik said. “And college here is all about papers and reading, so it’s hard…but it’s not impossible. I’m very consistent; when I want something, I’m going to get it, and I don’t have a lot of time. I’m in my 50s, so I had to think, I can’t be in school for another 10 years. I need to work as soon as possible.”
One of the difficulties Chopchik had while transitioning to the college environment was the reading, especially because the textbooks are all written in English–her second language.
“Adjusting to the language was hard. I’m talking right now, but it’s a different thing to memorize things in a language that’s not your language, because I learned English when I was old,” she said. “I’ve been living in the United States for almost 20 years, and people would tell me [when I moved] that the best way for me to learn the language is watch TV and read, read, read. I watched TV, but I never read. [Not] one book. And now I think I’m being punished, because all I have to do is read.”
However, Chopchik has begun to get used to the curriculum, earning a spot on the Dean’s List every semester and getting a merit scholarship. In fact, her favorite part of this whole experience has been experiencing American college life and “realizing that it wasn’t impossible.”
“The best part has been learning and taking in the college experience,” she said. “I would’ve loved to have the experience that my daughter had, to live in a dorm and be with my friends when I’m 18 and do whatever I want. Of course, that’s not possible…but the best part has been realizing that I could do it. And then all that I’ve learned, the professors…I’m almost about to accomplish my dream.”
One of Chopchik’s tutorees, junior Sam Bernstein, is also very excited for Chopchik’s future, and is sure that she will be an amazing teacher.
“She’ll be excellent. She’s patient and understanding, and her teaching style is great for teenagers,” Bernstein said. “Marcela was always looking to help me get better at the subject and would always try new things to help me out.”
While admitting that she still questions her decision to go back to school, Chopchik is extremely proud of how far she has come and how far she will go in the future.
“I still sometimes think if I made the right decision. I think, ‘I’m so old. Why did I do this? I also have to pay [for college], with the loans and everything.’ But then I think, ‘Oh no, I’m so proud, I’m going to have a Bachelor’s from a country that is not my country.’ I came here knowing no English, now I’m in college,” Chopchic said. “So, I’m proud.”