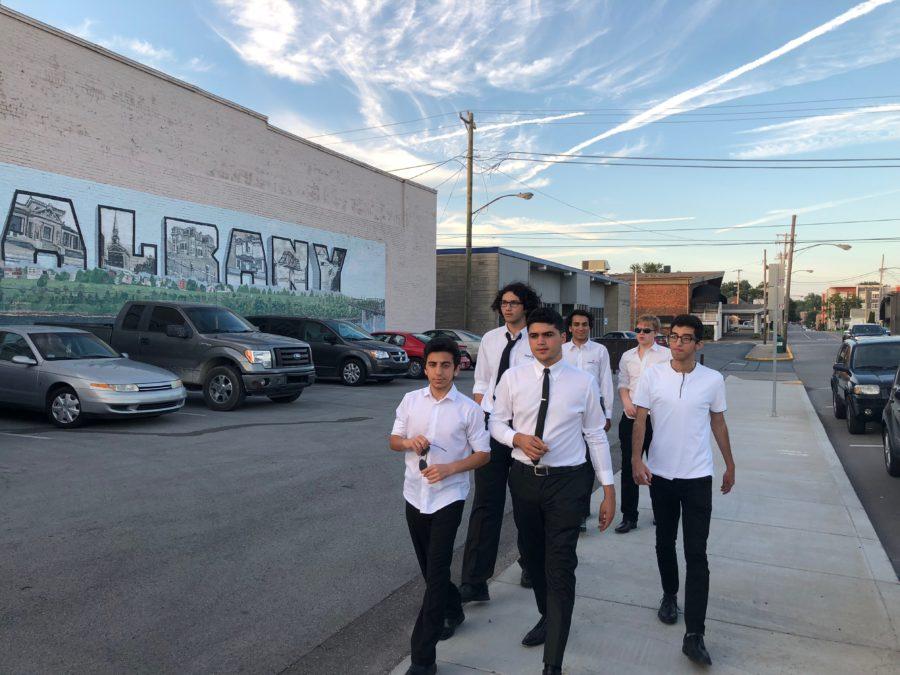 
After sweeping first place for three years in a row in the Skills USA competition, audio and public radio club Radio Airlift is on the verge of another potentially successful competition season during the 2018-2019 school year.
CTE Coordinator Cindy Dubin describes the competition in three parts: a nationally distributed “Knowledge Test”, an additional 50-question written technical test and a performance segment. Despite the many parts, the competitors still manage to make memories- whether good or bad.
“I love that there are…students who love what they do, and they can come as a group together,” Dubin said. “[And having] everyone excited about each other’s passions and seeing the kids supports each other in doing well and excelling.”
The Radio Airlift club and competition team is lead by president junior Tohar Zamir. Zamir attributes his team’s fluid dynamic to the variety of elements that each member brings to the table.
“[Ryan and I] work very well together ‘cause he’s better at doing a lot about scripts, writing, more technical type paper stuff,” Zamir said. “I bring to the table the knowledge of the technology and how to put together a radio show. So [it] together fits very nicely.”
According to CTE digital media teacher and media director Romeo Carey, because Zamir and his team members have won three times in a row so far, they get in the mindset of winning relatively quickly. But, year after year, it still takes just as much effort and genuine energy to win.
“They figure [out how to win] real fast. You crystallize the fact that you’re gonna win and then you have to do everything it takes to win,” Carey said. “[You do] everything in your power to [win], and what’s that? Practicing, cutting, learning how to use programs, learning all the nuances of doing an NPR radio show…there’s a lot to it. It’s not so simple.”
Prior to Zamir’s presidency, the club had a low attendance rate, a tendency for apathetic members and missing equipment upon his inheritance of the club. However, he was able to refurbish the club on his terms before competition started for the year.
“I got handed a club that was suffering from a bad year and I was given a lot of free space to restructure as I wanted,” Zamir said. “I work very well with nobody over my shoulder because nobody can reach that high.”
When Zamir first became president, he was presented with numerous challenges.
“The year that I first became president I was handed a club with no instructions on how to operate it. Even our microphones and computer were [not present],” Zamir said. “So, I was getting the title of the club and then I was supposed to build off that. I have built off it and I’m profiting nicely.”
With an improved club, Zamir wants a bigger influx of members and more opportunities to be creative when making new shows.
“If you have a show, convince your friends to come on an episode. They’ll get hooked and they’ll make their own show,” Zamir said.
Creating new shows, for the some members, takes time and dedication. In creating new content, they’re in turn preparing for competition as well.
“I think the most difficult part is…actually doing real work,” Carey said. “They are here long hours after school. Most students are home sleeping and there are still students here in KBEV working and really refining what it is they really want to do.”
Zamir hopes to have the club be more immersed in the school and to have a greater spirit revolving around it.
“I want to see more people joining and making shows, and I want to see a very involved Radio Airlift with school activities. I want to see bringing back Battle of the Bands,” Zamir said. “I want to see Radio Airlift acting as a voice for the students– not mitigated by any voices of the school, the school board, the teachers, the administration or any authority.”
The Radio Airlift club offers a plethora of ways and genres to express oneself, but more importantly to Zamir, the club does not censor his ideas or anyone else’s in Radio Airlift.
“I think that it has to be a grass roots publication, whether it’s for entertainment or information or opinion. Most importantly, I think that we really exist this year to help the students get their voice heard in ways that couldn’t be done through school supported publications like Highlights,” Zamir said.
Zamir’s voice and expression through Radio Airlift not only allows for an outlet to display his opinions and creativity, but it is something one can potentially pursue and put on resumes.
“I always say, ‘Look, are you interested in being in Wikipedia?’ You could be in Wikipedia, but the first question in Wikipedia is, ‘What awards did you win? What made you stand out?’ And if you win this competition, which is a competition that’s recognized as one of the top, high school competitions in the country, you could use that,” Carey said. “It’s something that you achieved. So, that’s the real payoff.