In the face of an ever-growing secular society, Hebrew teacher Kalia Scheiner stays true to her Jewish beliefs and heritage 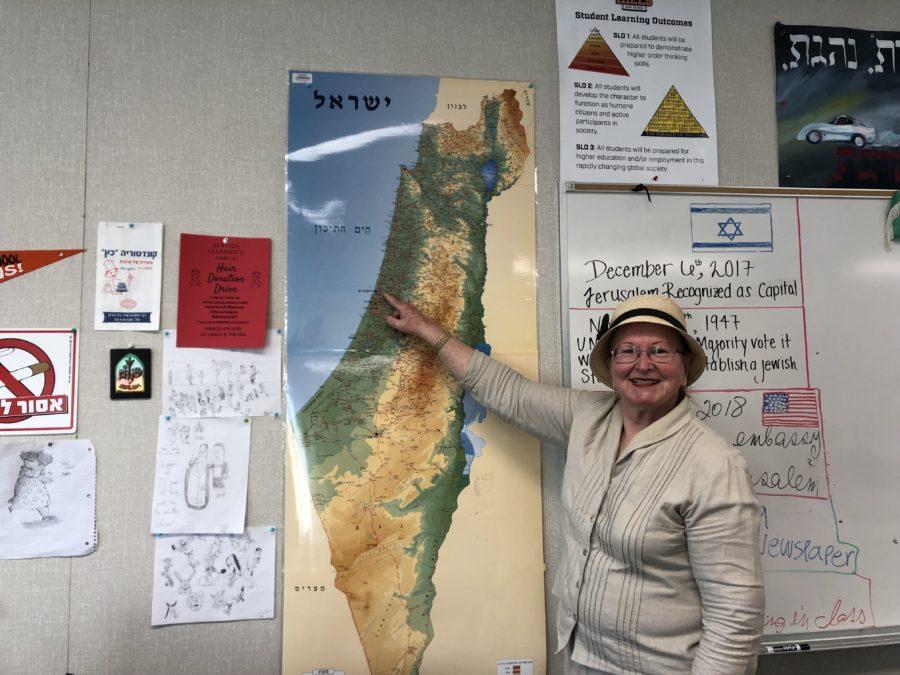 Ryan Navi, Cub Writer
Americans are becoming less religious by the day.
But one teacher continues to practice Jewish traditions, and informs her students of the many practices that take place in Judaism.
Hebrew teacher Kalia Scheiner exercises Jewish orthodoxy on a daily basis.
“Judaism is the essence of my life,” Scheiner says. “It’s who I am. It’s all the mitzvot (good deeds), which are the commandments, that actually teach me from right and wrong, and I live my life according to those commandments. Judaism is me, and I am Judaism.”
Scheiner was born in Ramat Gan, Israel, and came to the United States in 1971. She frequently visits her home country where much of her family lives.
“Until this past year, I used to go [to Israel] definitely once a year, many times twice a year… I have a son, a daughter-in-law, five grandchildren, and cousins [living in Israel].”
Scheiner is aware of the deep misconceptions that people in the United States and around the world have regarding the demographics of Israel, and is fully informed on that matter.
“People assume that Israel is 100% Jewish and 100% orthodox. It is totally wrong. Israel is 80% Jewish, and out of this 80%, I would say maybe anywhere between 25% and 30% are orthodox… when I was growing up in Ramat Gan, most of my neighbors were not orthodox. They were secular Jews.” Scheiner said.
Despite living in America, Scheiner is still able to practice Jewish orthodoxy and carry on her Jewish traditions.
“I don’t find it very difficult [to practice Jewish orthodoxy in America] because, in a way, being orthodox here in the United States forces me to live in a certain neighborhood. I live in Los Angeles, and I live in a neighborhood that provides me with all my religious needs, such as synagogues, such as kosher markets, such as orthodox schools that my children attended,” Scheiner said.
Scheiner is able to enjoy the benefits of living in a Jewish neighborhood, as well as the benefits of living in America as a Jewish person.
“I live in a Jewish neighborhood that has a lot of orthodox people, so therefore I live within walking distance to the synagogue… I would never drive on Saturday (the Sabbath) to the synagogue… Other than [living in a particular neighborhood], I don’t see any other adjustments or issues… the American society is very open to accepting people of different religions, different cultures. I don’t have any problems at all whatsoever,” Scheiner said.
Scheiner also believes that despite the tense political climate in the Middle East, people should feel free to visit Israel.
“Absolutely! Yes! Y-E-S spells yes. Definitely, and I follow it very carefully. Israel is a very safe place, very very safe place. I mean yeah, we do hear about Scud Missiles falling, you know, around Tel Aviv. But you know what, each place has its own dangers and its own risks, right? I don’t see it at all as an issue whatsoever. Just give me a ticket, at the drop of a hat I’m ready to go.”
“Israel is absolutely beautiful. I said earlier that Judaism is a part of me. Israel is a part of me. I identify with Israel. I love Israel. Israel is in my heart, that’s where Israel is. It’s not a tiny little itsie bitsie country in the Middle East. It is right here in my heart.”