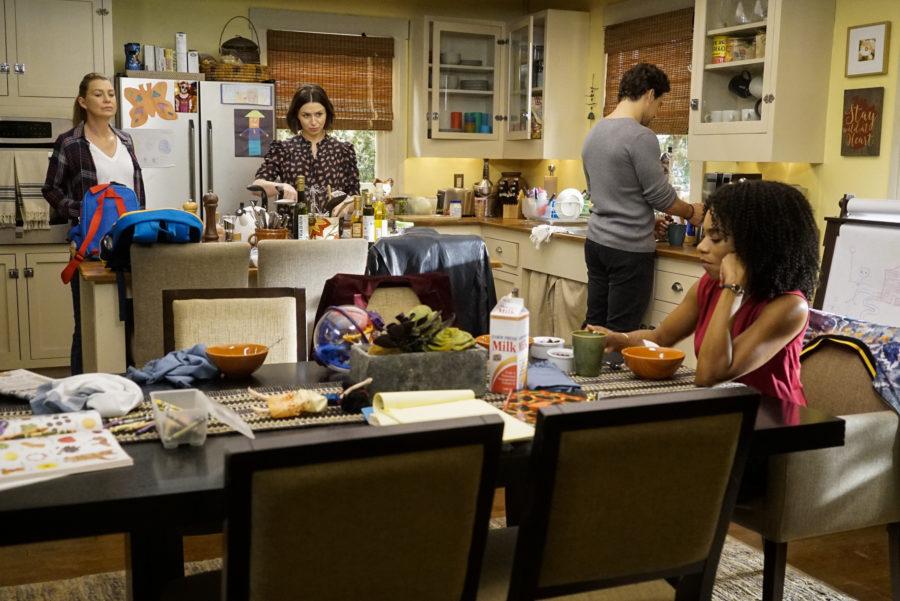 Emma Newman staff writer
Grey’s Anatomy’s initial seasons set the show up to be a brilliant medical drama with interesting characters, a diverse cast and top-notch romances. However, since most of the best characters were either killed off or written out of the show, the show has declined in quality over the years.
Even in comparison with the poor plots of seasons 12, 13 and 15, season 16’s premiere, “Nothing Left to Cling To” was particularly disappointing in ways that no other episode of the show has been thus far.
Up to this point, Season 15 had been the least entertaining season of Grey’s Anatomy due to its bizarre romances and lack of compelling characters. Despite its flaws, however, the season had two strong storylines: the struggles that surgical attending Jo Karev, played by Camilla Luddington, had with depression after finding out the story of her birth mother and the amazing drama that unfolded at the end of season 15.
Even though season 15’s finale was not as entertaining as some of the previous season premieres, it was jaw-dropping, to say the least. It definitely left much to be resolved, including protagonist Meredith Grey, played by Ellen Pompeo, turning herself into the police and Jackson Avery, played by Jesse Williams, being lost in the woods. However, some of these plotlines were met with senseless conclusions in the most recent episode.
Instead of developing a touching arc that gave Jo time to adjust to life in the clinic and deal with serious mental trauma, the episode showed her in the clinic for approximately one minute before the episode flashed forward to her returning home without a scratch. When the writers could have created interesting drama by showing the issues that can happen when rekindling a relationship involving a newborn baby, the storyline about Owen Hunt, played by Kevin McKidd, and Teddy Altman, played by Kim Raver, was met with comedy and surface-level conflict. Most importantly, Jackson’s disappearance was resolved in season 16 with him having no medical complications, which made for a very anticlimactic end to the biggest cliffhanger of season 15.
The plot is overwhelmingly complicated in season 16’s premiere. Each character’s arc was very intricate, but because the writers decided to throw several storylines into one episode, each one was weak and underdeveloped. Many of these conflicts would have been much more compelling if they were explored in their own episodes. In addition, the large time-jumps throughout the episode made it even harder to understand.
The most irritating aspect of this episode, though, was the inconsistencies in the characters. After Jackson broke up with his heart surgeon girlfriend Maggie Pierce, played by Kelly McCreary, he started flirting with another girl almost immediately. Everyone who watches the show knows how respectful and decent Jackson is, so the fact that he would move on so quickly from a girl he loved so much didn’t make sense. Jo’s husband Alex Karev, played by Justin Chambers, had dealt with serious insecurities about the women in his life and the fact that many of them “went crazy” after he met them, and it would have made sense for him to struggle with Jo’s presence in a mental institution. Instead, he had an apparently perfect adjustment to Jo’s mental issues, which didn’t match the history of his character. Even Meredith, who was put on trial for insurance fraud, acted irrationally in her hearing. Her outspokenness was reflected in the episode, but at the root of her character is her love for her children, and she would not have behaved so recklessly on trial since it could have jeopardized her maintaining custody over her kids.
Despite the flaws in its most recent episode, any Grey’s Anatomy episode still has its positives. Like always, the acting was phenomenal and touching. Also, all of the different stories, though confusing, were certainly entertaining. Lastly, all of the ideas were creative, even if the execution was weak.
At the end of the day, the show has been on the air for far too long. Instead of dragging the show out to gain money, the writers should have written an effective ending to the show at around season 10 or 11 so it could have finished on a high note.
If you are looking for amazing content, watch the earlier seasons and don’t waste your time watching the season 16 premiere. The show is no longer thriving as a masterpiece, and instead, it’s no better than your average TV show.
Highlights rates this show: 2/5