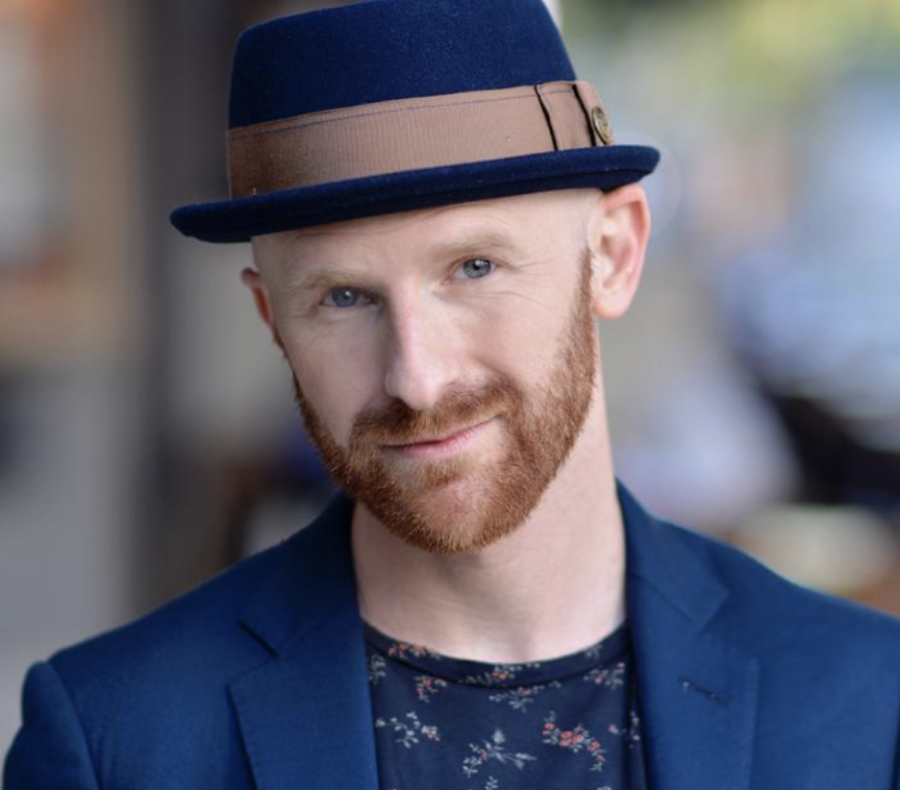 Chip Abbott is one of the artists who has spoken at a previous question-and-answer video chat. (Photo credit: Broadway Dance Center)

Emma Newman staff writer
Professional performers, all of whom have a musical theater background, participate in question-and-answer videos for Dance Company and theater students.
The sessions, which take place on Mondays at 2 p.m., were organized by drama teacher Karen Chandler and dance teacher Dana Findley, who created this opportunity so their students could learn more about performers on Broadway.
“We felt like, in this opportunity, we could bring in artists that we wouldn’t normally be able to get a hold of because they’d be performing and working full time,” Findley said. “They could actually share some insight and advice about where their career path has gone since high school to our students who…are interested in dance, theater and music.”
While Findley is involved in the video sessions, Chandler was the one who initially came up with the idea of connecting students with performing artists.
“[Chandler] had mentioned that she had some former students that, because of everything going on, actually have time that they wouldn’t normally have and they were willing to talk to students,” Findley said.
Chandler was also in charge of reaching out to these artists, many of whom were former students of hers. One of her former students, Chip Abbott,  is a Broadway choreographer who talked about his career to the students during one of the Q&As.
“He stayed…with tho se kids and talked about everything, from how you make a living, where should you go to college, [and] as a dancer, what moves you need to be able to do in an audition [that have] got to be perfect,” Chandler said.
Zach Hensler also has spoken to the theater and dance kids, specifically about his 17 years of performing in the Broadway musical Wicked. However, Hensler is now a real-estate agent due to his age.
Other artists who have spoken during the Q&As include actors  Sara Jean Ford , Dakota Dutcher, and 2016 Beverly alumnus Tristan McIntire. All of these artists have the same background: musical theater.
“There’ve been a couple that have dance as sort of their forte and then they moved into musical theater, and there are others who are more musical theater and choral background that then expanded their dance ability,” Findley said.
For students, Findley thinks that it is exciting to have the opportunity to hear from performers who are following their dreams.
“Students have been excited to get a chance to hear from people who are actually following their passion in the arts,” Findley said. “For my dancers, not everyone is a Dance Company dancer, so there are definitely people we’ve been talking to [who] have utilized multiple art forms, not just dance only.”