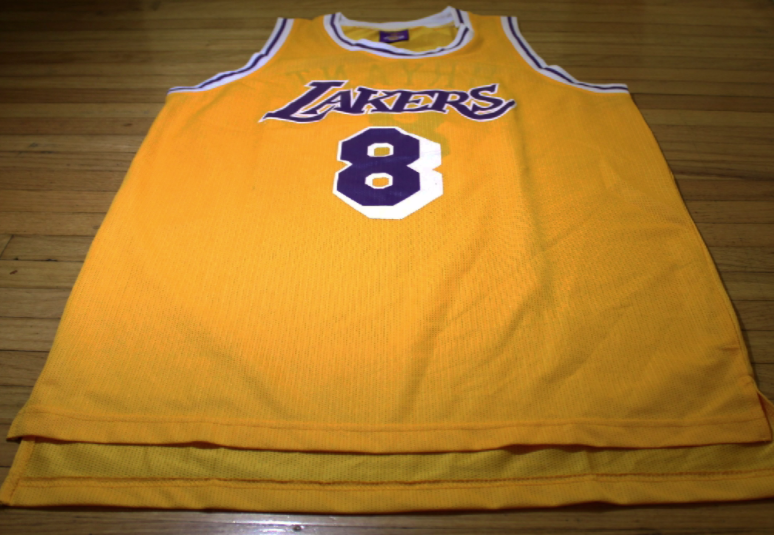 Kobe Bryant’s jersey, with his original number eight. “We have to play hard in order to win,” senior Sara Schwartz said. “That’s what Kobe would have wanted.”

Eva Levin copy editor
Benjamin Maman staff writer
In arguably the most unconventional season of basketball history (see: games in Disney World, a league-wide bubble), the Los Angeles Lakers beat the Miami Heat on Sunday night 106-93, earning the title of the 2020 National Basketball Association (NBA) Champions. Helmed by newly-crowned Most Valuable Player (MVP) LeBron James, the team secured their 17th championship win, their first in the past 10 years.
Beverly undoubtedly has a sizable population of Lakers fans, the oldest of whom were only eight when their home team last took home the Larry O’Brien Championship trophy. The 10 year gap between championships (and a subsequent slump somewhere in the middle that no one really likes to talk about) caused young fans to grow up with the team, both changing and evolving in ways no one saw coming. A bond formed between LA’s Gen Z population and the Lakers: one rooted in mutual respect and inspiration. Gen Z Lakers fans arguably waited the longest for this win, when you consider the proportion of years with championships to age. All of the buildup to this championship left Beverly Lakers fans on what can only be described as an emotional roller coaster.
“It’s so hard to process. It’s so unbelievable,” senior Sara Schwartz said. “Wow. We won the championship. It was a once in a very, very rare moment.”
Schwartz recalls the 2010 Lakers championship, saying she “vividly” remembers watching the game and the subsequent celebration, down to the “confetti on the floor.” Then, she hits a block: Kobe Bryant.
Bryant’s death in Jan. of 2020 shook LA to its core. Angelenos stood hand in hand at Staples Center, paying their respects to a man who gave two decades of his life to the purple and gold jersey.
Prior to his death, Bryant was a fixture at Beverly. Students wore his jersey, mentioned him in class, shouted out his name when throwing trash into trash cans. His death affected the student population in a way that can only be described as monumental.
Bryant’s passing hangs heavily over this win.
“Every single game [in the playoffs] was ‘For Kobe,’” senior Josh Omidi said. “Knowing that the players had accomplished their goal for Kobe and [in] honor of him and his daughter just made it so much more special.”
Sophomore Ari Nourmand agrees with Omidi, saying the win was “more satisfying” than in years before.
“This win meant more than any others in the past. After a year full of losses with Covid and Kobe, we finally got a win in our books,” Nourmand said.
Schwartz encourages fans to keep her “hero” Bryant in their minds as they revel in this championship.
“Keep letting Kobe’s legacy live on,” she said.
Despite heavy feelings on game day, Beverly Lakers fans still found time to celebrate the first Championship win since 2010. Schwartz, for instance, drove around LA blasting Randy Newman’s  iconic song “I Love LA.”
“A car pulled up next to us and said, ‘Roll down your window!’” Schwartz said about her drive. “We did, and they went ‘YEAAAAAH!’ They knew the Lakers just won a championship. They were so hyped. It was awesome.”
Other fans, like senior Deena Shadi, opted to stay in and celebrate at home, like many other viewers. Shadi says she “popped open some bottles of cider” with a few friends. Both Omidi and Nourmand opted to stay home as well. Couch celebrations (a safer option in COVID times) seemed to replace the normal bonfires and riots normally seen after an epic Lakers win. (If bonfires and riots are normal.)
Some, like freshmen Jeremy Levin, were “surprised” to see the Lakers win on Sunday after a subpar game on Friday. Levin thought the game was going to be “close” and was in “pure shock” when the Lakers were up by 30 points at halftime. Levin believes the change in how the Lakers played defense contributed to their win. On the other hand, Schwartz thinks the best change the Lakers made during Sunday’s game was starting player Alex Caruso instead of Dwight Howard.
“I think Alex Caruso starting really put an edge on the Lakers,” Schwartz said. “Alex Caruso is extremely athletic and moves super quickly and gives his 100 percent full effort. He hustles. He’s big. Dwight Howard is big, too, but he’s a little bit slower than Caruso.”
Omidi agrees. “[Coach Frank Vogel] made the decision to bench Dwight Howard and start Alex Caruso, which gave our offense an incredible boost,” he said. Tactical moves may have won the game, but the meaning behind every single dribble was palpable to fans.
“I finally witnessed LA win a championship. After about 10 years of being a basketball and Lakers fan I finally got to see my team win,” Nourmand said about what the game meant to him. The trophy isn’t the only thing on his mind. “I also got a free year of being able to make fun of Clippers fans,” he said.
To Shadi, this win is another family memory in the books.
“This win means the world to me. Since I was young, my grandpa always watched the games with me,” she said. “Watching the Lakers win without him next to me due to the current conditions was unfortunate, but I know he was cheering at home.”
The game’s meaning was crystal clear to Schwartz.
“I think everyone was thinking: ‘We have to do this for LeBron. We have to do this for LA. We have to do this for Kobe.’”