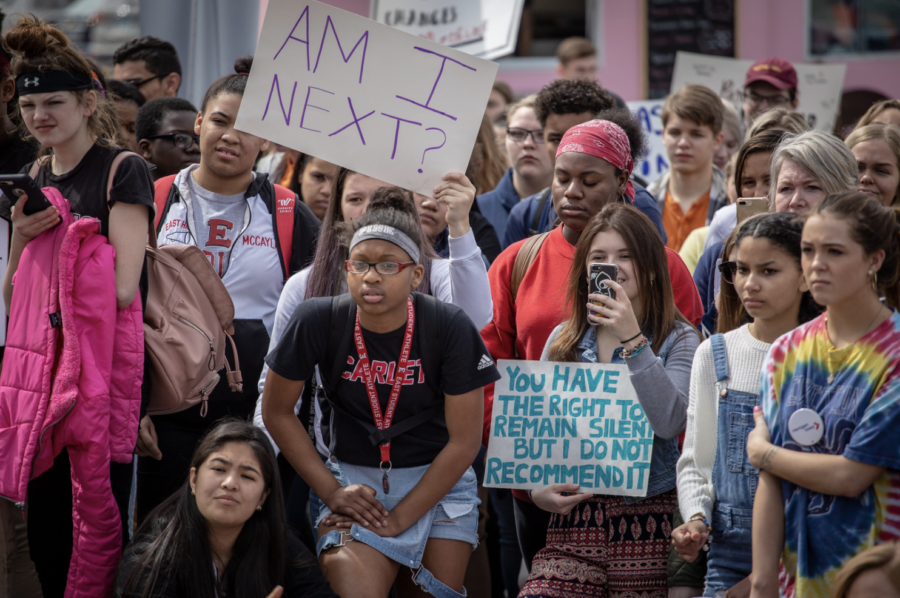 But, mass shootings are happening again. This should not be a symptom of normality in the land of the free.

As of April 29, there have been 169 mass shootings in the United States alone, according to the Gun Violence Archive (GVA). According to GVA, an incident of gun violence is considered a mass shooting when at least four or more people are shot or killed, not including the shooter. Over the last few years, mass shootings in the United States have been on a rise. In 2018, GVA reported 336 mass shootings; in 2019, they reported 417; and in 2020, they reported a shocking 610. It is horrifying to think that, even in a year when the majority of time was spent in quarantine, nearly 44,000 people were killed as a result of gun violence, and these numbers continue to increase.

The most deadly of the 169 mass shootings that have happened in the United States in 2021 include Boulder, Colorado; Indianapolis, Indiana and Acworth, Georgia.

A 21-year-old gunman shot and killed 10 people and injured one in a Colorado supermarket on March 22. A place where citizens find sustenance and comfort foods became the site of the deadliest homicide in America of 2021 so far.

A 19-year-old gunman shot and killed nine people and injured seven in an Indiana FedEx center on April 15. A place that safely transferred online orders became a tragedy when one teen transferred enough bullets to murder the same number of people as all of the justices on the Supreme Court.

Another 21-year-old gunman shot and killed eight people and injured one in a Georgia spa on March 16. A place of relaxation quickly became a polarizing AAPI hate crime.

President Joe Biden used his pulpit on Wednesday night to ask a joint session of Congress to pass two bills sitting on the House floor. The first bill is meant to strengthen background checks while the second is meant to close a legal loophole that allows gun sales to continue even if a background check has not been conducted. Both bills align with the gun safety policies Biden touted on the campaign trail.

You don’t need us to tell you about all the stuff we lost this year. You already know about that. However, we have one more thing to add to the list: preparedness. The student body hasn’t had a lockdown drill in over a year.

On a normal first day of school, some students instinctively make a plan for where they would hide in each classroom in the event of an active shooter on campus. Students sit in their seats thinking not about the syllabus, but about a teeny tiny almost perfectly hidden place they could hide, with just enough space for them. Their friends are on their own. If the situation is life or death, students have a mentally mapped out location for themselves.

We’re not saying this is wonderful and super fun. It’s actually pretty traumatizing. But it is a habit. A life-saving habit. One we haven’t exercised or practiced in over a year. Not to mention the hundreds of freshmen and new-to-district students who have never even been to campus. What would they do if they were walking down the halls in our maze of a school and the lockdown alarm went off? Where would they go?

The lack of preparedness has the potential to endanger lives. We must take the steps to protect our school and our students.

The Beverly Media Group Editorial Board encourages the BHHS administration to plan lockdown drills and other measures to prepare students and staff alike for possible emergencies. It’s sad to admit, but they are a very pertinent threat in our country today, and we must be prepared.