Girls softball makes it to CIF, loses first round 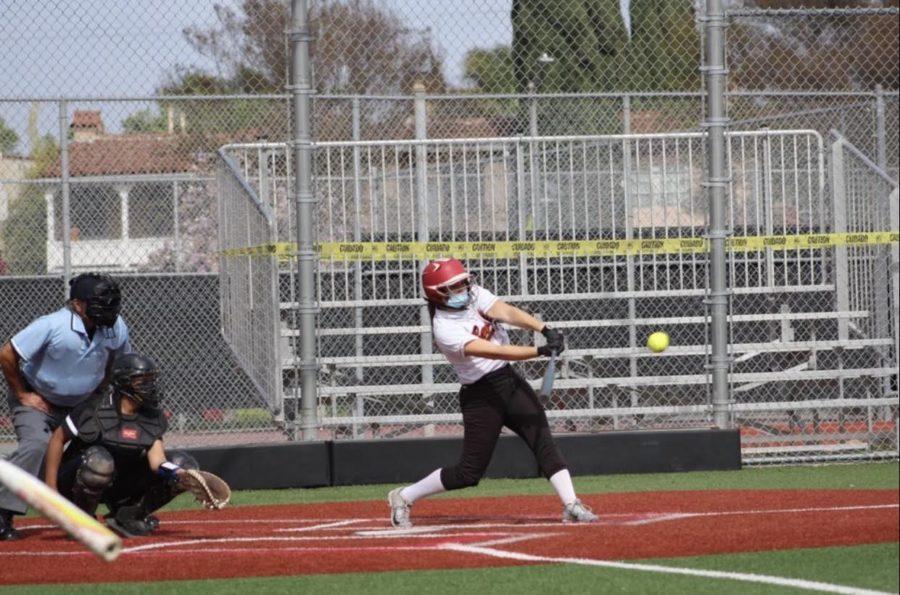 However, their opponents, Victor Valley High School (11-9), gave them a tough match up and ultimately, the Normans lost BH girls were defeated 17-1.The girls’ softball team were “happy to make it this far” said Elena Serrano to play in their first CIF game after qualifying for the playoffs with a regular season record of 11-5and a league record 7-2.

From the start of the game, the girls knew they faced some serious challenges.  Eva Zacarias recognized some of the opposing team’s strengths immediately.

“They had some stellar pitchers, which gave them an advantage against us when we were up to bat, so it was hard to get going on offense,” Zacarias said.

The girls, even though losing, were not going to go down without a fight.

“We put up a really strong fight, it was definitely a challenge right off the bat but we tried really hard to keep up, ” Karely Molina said.  “We have a lot of very good players but I think that everyone, equally no matter the skill level, played a really tough game.”

The girls were down, and after a few errors on the field, they were able to put some hits together and make some key plays on the field. But it wasn’t enough to stifle the offense of the opposing team.

“I think we did really great this year, but if it was a normal year without the pandemic I think we would’ve done better. The restrictions and limited practices affected us heavily,” Zacarias said.

Though the game was a loss, the girls remained positive and in good spirits.

“Overall I’m super proud of our team, we hadn’t played in over a year so to even make it as far as the playoffs is just something to be proud of. It wasn’t the outcome we wanted but it just makes us fight harder for next year,” Molina said.

The players on the team collectively agreed that being on the team was a positive experience for them in high school.

“It’s shaped the way I take my classes and work out. In peak season, it takes up about 15 hours a week,” said Zacarias.

Another student has a different point of view to why it enhances her high school experience.

“I’d say that softball changes your high school experience a lot. Instead of just going to P.E., you have an engaging practice where you can chat with friends and do something you actually enjoy,” said Serrano.